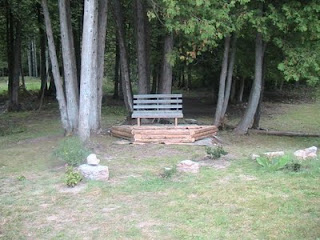 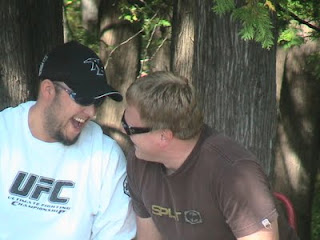 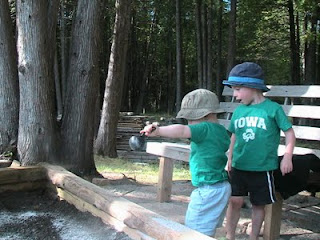 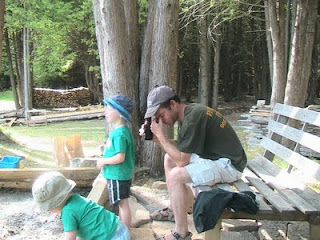 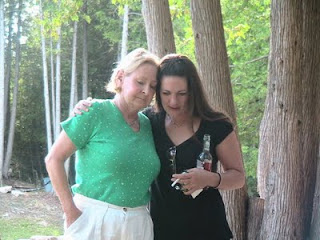 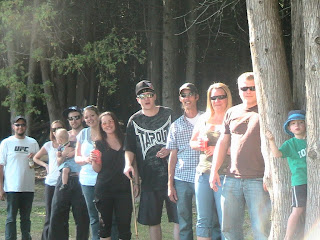 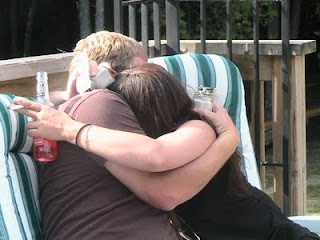 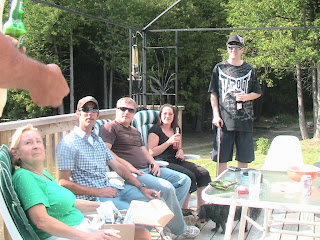 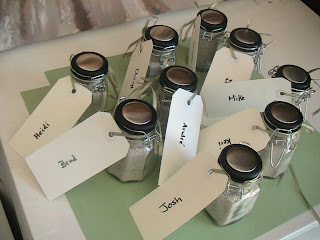 This journey to goodbye has not been easy.
The drive to my parents' home was difficult and sad. On Friday afternoon, while my sons slept in the back seat, I wrestled my own mind in the front - for suddenly, I had realized that while Andrew's friends would be in Lakefield in a few short hours, he would not.

And it broke me entirely. In some deep, dark corner of my mind, I'd been harbouring some hope that he might magically appear because his truest friends were gathering. Hoped, wished, insanely, that the past seven months had not passed, and that he hadn't either.

On the other hand, I looked forward to seeing BHU - (yes, the name absolutely defines them) because they loved him and grieved his loss, too. Because so many of his life's experiences were tied up with them and I was greedy to share, to hear, to take their memories of him and absorb them as my own.

And I love them all, for all of it - they GOT him and were just as eager to share the man they loved as I was. I laughed SO hard as they shared tale after tale of adolescent antics and all the hysterically stupid, stupidly dangerous and utterly illegal crap my brother pulled.

He was naturally charming and disarming - somehow, he drew like people to him. BHU captured my heart completely - even though I wondered aloud how they EVER came together, as a group, so different they all are individually. Except...not. It was as though, listening to them, I could almost hear his voice, see his smile. It makes missing him easier to bear.

My parents had created tiny urns filled with Andrew's ashes, for each of his friends, who (I think) gratefully accepted these small "tokens" of the man they knew. I know my Dad struggled with the task, as he'd not realized that ashes are not sifted soft. Instead, they contain bits of bone and gristle - tiny pieces of his son.

As the "ceremony" began with a gentle prayer, BHU stood quietly at Andrew's Garden, begun that morning by my Dad and my husband, finished by all of them - a wonderfully touching thing to see, to know.

One by one, we took a scoop of the leftover ashes - tossing them onto the freshly-turned soil. Silent. Weeping. Remembering. Matthew and Luke too, had a turn and we all laughed as Luke turned to ash onto himself - typical. Of Luke. And of Andrew, the uncle he'll never know, but whose toddler self whispers past when Luke grins a certain way. Someone dumped a beer on top, which was perfect, so the rest of us did, too.

All afternoon, they stayed by that garden. Laughing, drinking, crying. They played with Matthew: delighted him and me by appeasing his bossy, four-year old ways, pretending to be passengers on his invisible train to Denver. Rolled Luke down the hill, watched for tumbles, and checked in every now and again, wondering how I was, how we all were. In so many ways, BHU became my brother - at his best, happy and relaxed, hanging with friends and family.

More stories - most funny, some sad - lead us long into the evening and far, far into the night. We sat around an awesome bonfire, drinking too much, but weeping no more. Andrew loved fire and I was tickled to see that his (foster) sister does, too. She kept the fire going strong as the others kept my Dad and I in stitches, aghast, lost...enfolded.

Today I think this:

Andrew was blessed, despite his demons. In choosing these friends, he showed an innate wisdom - they are loyal to one another and will now guard his memory just as fiercely. They are funny and quick and haven't let life's sometimes tragic lessons get in the way of their good time or their appreciation for the moment and each other.

They are everything Andrew was...and will never be again. I am blessed and so thankful to know them all. May 24. See you all then - forever.