Two of my classmates are pregnant. One knows she's having a boy and the other doesn't know the sex of her baby. A few of us think she's having a boy though, so we're going with it until the babies are born in April and May, respectively.

While neither of these women had necessarily planned to become a mother just yet, both of them were born to be one.

I know this because I've watched them both blossom since we began our program in 2011. Over the months, I've seen them gain confident in their own voices, offering up wise and compassionate viewpoints during class discussions. They know love.

And, through our studies and our placements and their work, they also know what being unloved can do to a child, an adult, a group. I have listened to both women speak eloquently about the heartache they feel when they see cruelty and injustice being done to those they support.

My friends are quiet but fierce advocates for those who do not have the words to ask for what they need. They are ready and willing to protect those who are vulnerable, physically and emotionally. They are open to new ideas and willing to help someone else thrive and grow and live their best life.

They know that while this work will require them to sacrifice their ego and their sanity, some days, it will also bring enormous joy. They also know that this work is an absolute privilege and that it will break and mend their hearts a thousand times, sometimes in the same moment. It takes patience and empathy and is the hardest, most amazing job they'll ever do, especially if they're doing it right.

As their classmate, I want them to know that, in my eyes, they are among the best of us - the class of 2013 - who will carry our lessons in our hearts and go out into the world armed with hope and dreams and a healthy dose of fear for all that we still don't know, cannot change, could never have imagined.

But as a mother, I have been aching to tell them other things, these two impossibly beautiful women.

I wanted to tell them about how they will find in themselves a love they never knew existed, the first time they hold their sons.

I wanted to tell them that even though they will think themselves utterly spent and beyond exhaustion, they will find a way to get up and do what needs to be done because of love.

But today, I realized that they know all of this already. Realized that their journey to become support workers to people with disabilities has prepared them for motherhood in a unique and awesome way:

As mothers-to-be, they carry their future under their hearts and are venturing into motherhood filled with hope and dreams and a healthy dose of fear for all that they don't know, cannot change, could never have imagined. They are growing love.

They already know that while motherhood requires us to sacrifice our ego and our self-absorption it also brings enormous joy. Being a mother is an absolute privilege and it will break and mend their hearts and thousand times, sometimes in the same moment. It takes patience and empathy and is the hardest, most amazing job they'll ever do, especially if they're doing it right.

As mothers, I know that they will be fierce advocates when their sons do not have the words for what they need. They will readily and willingly protect their boys' hearts, bodies, souls and will happily do what needs to be done to help their babies thrive and grow and live their best lives.


Two of my classmates are pregnant.

Their love is going to change the world. 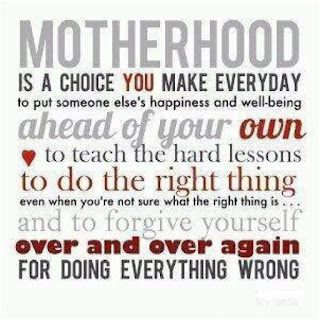