A decade has passed since I became Mark's wife.

Had anyone told me, back in high school, that the boy with the gorgeous curly locks would one day be the father of my children, I'd have run away, laughing.

"I mean, yes, he's adorable," I might have said, "but marriage is not in my plans. Kids? No way. Besides, he drives me crazy and we argue too much."

A lifetime later, we are married with kids. He still drives me crazy and we still argue too much.

This man, who once drove his boxy Chevette so fast over back-country roads, I think I peed my pants a little, now sometimes steals my car and fills it up with gas and always leaves money in the cup holder so that I can fuel up with to-go coffee without scrambling for change.

This man, who can sometimes go days without speaking to me, will happily sing duets in the car, while in the back seat, our children laugh in delight, especially when he deliberately warbles off-key. 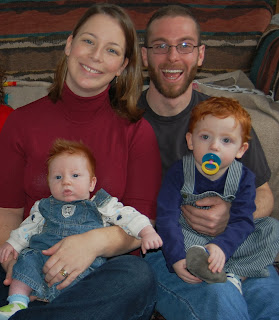 This man, whose temper is fierce, spent the week after my brother died soothing me with gentle words and tucking me into bed when I simply could not stand a moment longer.

On the anniversary of Andrew's passing, he knows to run a bath with bubbles and presses a tissue into my hand, even before my tears begin to fall. Of all the things he has said to me about the loss of my only sibling, this is the one that both breaks and soothes my heart the most:

"Your brother was mine for a little while too, Liz. I was proud of that. I loved him. Miss him, too."

We are not a perfect couple, despite 10 years of trying. Most of the time, we're not even close. Instead, we stagger through the lows and float through the highs and bring each other coffee in apology or affection, depending on the day. 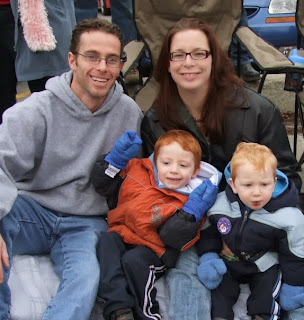 We can have a conversation without words, make each other laugh with a single one, with a glance, with a memory.

He accepts - for the most part - that I will move the furniture around every month and I have resigned myself to planning for his habitual lateness and inability to notice that the toilet paper roll needs replacing.

Sometimes, he brings me a book for no reason, just because he can.

Sometimes, I shave my legs for no reason, just because I can.

And day by day, year by year, decade by decade we are muddling through.

We have just had the best summer of our marriage, despite the stress of preparing the house for sale and then the wrenching process of NOT moving. 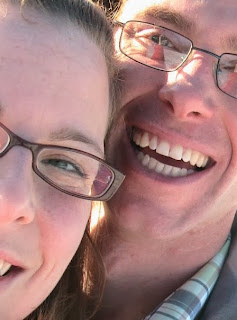 We spent most of our evenings together on the porch, listening to our world settle into sleep and listening to each other. We spoke of things long-buried, we laughed at our own foolishness and shared hopeful dreams for our future.

One night, towards summer's end, I turned to my husband and said, simply: "This is the first year in a long time that on our anniversary, we'll have something to truly celebrate."

And this man, he got it. He knew it, too. And he took my hand and smiled. "I think you're right. It feels good, doesn't it?"

I snuggled closer and sighed. "Yep. Sure does."

Email ThisBlogThis!Share to TwitterShare to FacebookShare to Pinterest
Labels: 20 ways to say I love you, Anniversary, husband, love letters, marriage


This morning, when I crept into your room, I found you already awake. And grinning. (Neither thing happens regularly. son, so please forgive my surprise.)

"Happy Birthday, SIX-year-old!" I crowed, diving into your bed intending to cover your face with kisses.

I covered your face with kisses anyways, in between giggles that I couldn't hold back.

Six going on 12. Seriously, kid. You crack me up like no one else and I wouldn't have you any other way.


I love your fire and your shy - they are a potent mix of traits that will always draw people to you, often despite your best efforts. I love the way you seem to know, instinctively, who needs a gentle touch...and who needs a swift shove, instead.

Trust your heart, Luke. Though you might be hurt by letting someone else hold it, I hope you will
never regret the decision to do so. It takes enormous courage to be vulnerable and every day, in so many different ways, you show your brave self countless times. It's one of my favourite things about you.

I love your deep loyalty and affection for a select few. From the moment you were born, you have always known your own mind and planted your feet firmly. And while I know it is not easy being the younger Red, you wear your adoration for your brother well, my boy. He is lucky to have you. We all are:

﻿
You amaze me, Luke, with your quiet observations - often bang-on - and with the absolute delight that blooms on your face when you are pleased: a favourite song in the radio, matching socks, non-rumbly sheets and realizing that you read an entire book all by yourself. I cannot tell you what it does to my heart, to see your smile, watch it reach your gorgeous, soulful eyes. It's like seeing the sun on a cloudy day - how could anyone not look at you and feel joy?

You are growing up so quickly, my baby boy. Thank for random hugs, whispered words of love and for thinking that everything I cook is delicious. For asking if you can help, for folding the laundry exactly the way you've been taught and for singing harmony in the car. I hope that one day, you will let the rest of world hear your clear, beautiful voice. It is a gift. You are my greatest gift. 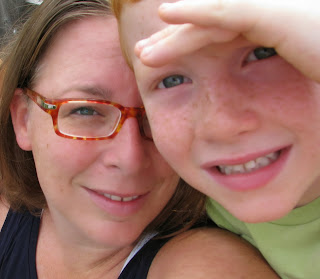 Without you, I might never have known the excruciating pleasure of hearing your rare, though utterly contagious belly laugh or the soft, gentle way you slide your way into my arms when you need comfort. What a privilege to be your soft place to land and the person whose hand you reach for first.


Thank you for your trust and your guidance and for choosing me. You are absolutely my most favourite Luke of all time in the history of ever.

You complete me. Us.

This is the story of a little girl called Lori.

Lori is eight and cute as a button. She is wise and chatty and good. She is full of affection and laughter and light and frankly, I adore her. I want her to be mine. Thankfully, she belongs to Monique, who is a friend of mine and who lets me pretend.

At the end of the school year in June, Muriel's mum promised the girls that they'd see lots of each other. With Monique's happy blessing, they made verbal plans for a cottage visit, a trip to Great Wolf Lodge and unlimited play dates.

Summer came....summer went. Toward the end of August, Muriel's mum called to ask if Lori could visit. Alas, Monique's family had already made plans but could they meet another day? Sure, was the reply. I'll call you.

But no call came and then summer was over and school started. The girls met in the playground, delighted to see each other, bravely muddling through their disappointment at not sharing a classroom. They'd play at recess and ask their mothers about after school and the weekend.


And then, inexplicably, Muriel began to avoid Lori in the schoolyard. Started snubbing the girl who'd been her BFF since Senior Kindergarten. Lori carried her baffled hurt home to Monique, who tried to soothe and comfort with all the words parents say when their child's heart breaks:

"Are there other little girls for you to play with, Lori? Something must be going on with her, sweetheart. Be patient. Try not to let it bother you. I'm sure she'll come around."

But one morning, Muriel marched up to Lori in the playground: "My mum says I'm not allowed to be your best friend any more. I'm supposed to find new friends."

That was weeks ago and Lori (and Monique) have been riding an emotional roller coaster ever since. Thankfully, Lori is, by nature, a positive person. While devastated by the loss of her friend, she eventually moved on and seemed to be faring well.

"Mummy, Muriel's mummy says you're fat. And she says that I'm a weirdo and I don't pay attention and I'm not smart."

Monique, stunned, drew her daughter onto the couch. "Let's start at the beginning, Lori. What's going on?"

Apparently, the girls had resumed their friendship, but in secret. They were BFFs again, but only some of the time, but Muriel was afraid her mum would find out and then she'd be in trouble. So, she plays with Lori on the days Muriel feels certain her mum won't drive by the school and see them together in the schoolyard.

But on Monday, the pressure got to be too much and Muriel, torn between love for her friend and loyalty to her mother, blurted out some of the things she'd been told, crying the entire time.

On Monday night, settled into her mother's arms, Lori cried too, missing her friend and feeling sorry for her.

"Mummy, I'm smart, right? Do you think I'm a weirdo? And what does she mean, "I don't pay attention?"

Monique had only this for her brilliant, amazing daughter:

Later, over the phone, I added my own rage and indignation to hers: "What the EFF was she thinking, saying those things out LOUD, to her child? Seriously. Who SAYS that?"

Monique sighed, exhausted from the retelling and the ache in her heart. "I don't know, Liz. What am I supposed to do with this? Should I do anything with this? I mean, really, it's mean and horrible but IS it bullying? How should I handle this?"

Neither one of us have a clue.


Do you, dear friends? Please share in the comments!
6 comments: